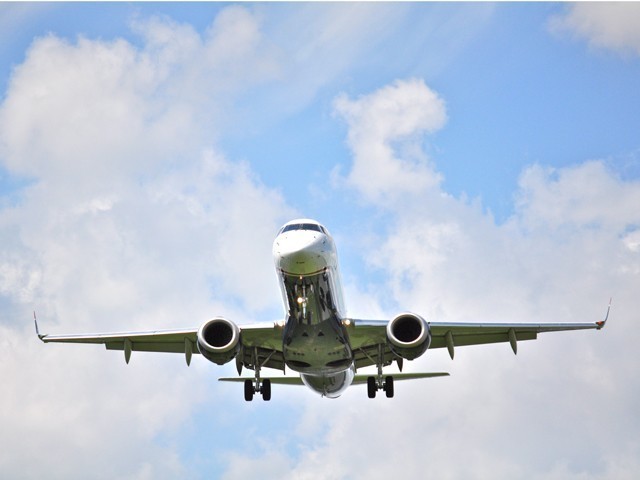 KARACHI: Five new airlines are expected to venture into Pakistan’s aviation industry in the next one year in the latest sign of intensifying competition in the backdrop of an open skies policy, which may bring down passenger fares, but will pose fresh challenges to the financially struggling Pakistan International Airlines (PIA).

“Air traffic of the country has swelled 40% over the past five years to 20 million passengers,” Standard Chartered Pakistan Chief Executive Officer Shahzad Dada said at the recent launch of the Emirates Standard Chartered Credit Card.

The current rate of growth in Pakistan’s aviation industry is expected to be around 9% per annum which could continue till 2020, according to a forecast of the International Air Transport Association (IATA) – a trade body of world’s airlines.

“These numbers tell us the open skies policy has proved favourable for the country and its people,” remarked Muhammad Afsar Malik, former additional director of the Civil Aviation Authority (CAA), who was believed to have played a key role in framing the National Aviation Policy 2015.

Of these, Gwadar, Gilgit-Baltistan and Turbat could generate immediate profits because of their tourism potential and work on China-Pakistan Economic Corridor (CPEC) projects. For these remote regions, the new carriers will bring airplanes suitable for small airports.

National flag carrier PIA has thus far taken advantage of these routes as it is the only player catering to air travel needs of these areas. PIA, which once helped Emirates airline of the UAE by giving two aircraft with crew, is now beset with financial trouble with losses going beyond Rs300 billion.

“Airlines are in the race to attract customers through fare reduction; had the market not been free, the air ticket you got for Rs10,000 would have cost around Rs30,000,” said Malik. “Competition is good for public service.”

However, PIA does not seem to be buying the idea.

“Private airlines, especially foreign carriers, have mainly resorted to price cuts, instead of going more towards customer satisfaction in terms of comfort and improved services,” commented PIA spokesperson in an email response to a query.

Separately, a Shaheen Air spokesman said in an email “about every player in the aviation chain including airports, airplane manufacturers, jet engine makers, travel agents and service companies turn in healthy profits. Yet, it is one of the enduring ironies that companies that actually move passengers from one place to another, which are a crucial link in the chain, struggle to achieve break even.”

He suggested that the government should revisit its open skies policy as foreign carriers could enter Pakistan’s market without any restriction. “Authorities should devise a new concept called a fair skies policy whereby local carriers along with foreign ones have a fair share in the market,” he said.

The industry did not oppose market liberalisation, but it should be designed in such a way that industry players were not hurt as they were already operating at a low profit margin of less than 3%, he said. “The industry, including PIA, is producing a combined net loss annually.”

UAE’s Emirates and Etihad Airways as well as Qatar Airways among other Gulf carriers are giving a tough time to Pakistan’s domestic airlines, which believe it is hard to compete with these foreign carriers since they are state-funded or operated.

“Even American air carriers are complaining against the Middle Eastern airlines, but the point is that the customer is getting benefits and the market is growing; all depends on the lens through which you see the situation,” remarked Malik.

Defending the open skies policy, he pointed out that the entire world was following the policy and cited the example of Europe that started opening its aviation market in 1978 and got due results. Multan is a good example to gauge the policy outcome since its traffic growth has become five times higher compared to what was before the introduction of the open skies policy.

At least, six foreign airlines are flying to Multan. Now, local businessmen do not need to travel to other cities to take a flight and perishable goods are easily exported.

PIA, which once had 48 aircraft in its fleet, saw the number shrink to only 18 later. Now again, the fleet has gone up to 35.

“PIA is not an airline, instead it is an employment bureau for political parties which place their workers there to win votes,” remarked Yahya Polani, ex-chairman of the Travel Agents Association of Pakistan.

Shaheen Air and airblue have about 22 aircraft each, but they have only about 2,000 staff members compared to PIA’s more than 15,000.

Thailand, Turkey, Malaysia and Dubai have a combined population of 250 million and have more than 1,000 aircraft in total while Pakistan has a populace of around 210 million, but its airlines have a total fleet of only about 80 aircraft.

“It is obvious that we will face big challenges when these foreign airlines enter our market, but the good thing is that intense competition is customer-friendly, which is the goal,” Polani said. He suggested that Pakistan could grow its air traffic with the help of tourism as Malaysia earned $28-$30 billion by drawing tourists, Thailand hosted 33 million foreigners and earned $48 billion and Indonesia hosted 1.5 million tourists.

Pakistan does not even attract one million tourists, though the country has great places of attraction.
Top
Post Reply
1 post • Page 1 of 1

Users browsing this forum: No registered users and 20 guests